< Go back to ideas

The importance of work with purpose for Gen Y

If you don’t subscribe to HR Mag, you would have missed our Chief Whip Rosie Warin play a starring role in February’s issues in an article titled ‘Gen Y’ employees and the function of HR in Purpose.’

Read on for the full article…

If your values don’t live up to Gen Y’s expectations they’ll let their feet do the talking. Here’s HR’s role in purpose:

Every January communication group Edelman releases its annual Trust Barometer survey, a piece of research that measures levels of public trust in a range of institutions. The 2016 scores reveal trust is on the up again – but when we are still talking about figures of less than half, it’s clear we have some way to go. While more members of the British public now trust business (46%) than government and the media (36% a piece), it’s not exactly a figure worth shouting about.

Against this backdrop of mistrust, values become even more important. But it’s not about just having values, but truly embedding and living them. Research carried out by culture consultancy Kin&Co (seen exclusively by HR magazine) reveals that for younger employees, especially those so-called millennials, working for an organisation whose values they genuinely believe in is critical.

According to the Kin&Co research, 78% of 18- to 24-year-olds would be more motivated and committed at work if they felt their employer made a positive impact on society, compared to only 46% of those aged over 65. And 73% of the youngest age group said they want to be able to reflect their personal values and ethics in their job.

The results aren’t a surprise to Tim Munden, VP HR at values and principles poster child Unilever. Although he is keen to point out that a passion for responsible business often transcends generations, he says it is something that he sees “becoming more intense and more common among younger people”.

O2 HR director Ann Pickering agrees that “this generation really cares”. “In our millennials survey [released in 2014], we found they are deeply concerned about the economic situation – when I was that age I didn’t give a monkey’s,” she says. “My generation was insular; this generation has a real urge to do right by society and a larger social conscience. That makes me optimistic.”

Understand what drives your (young) people

Munden believes there are “three things going on” that mean the millennial workforce is perhaps more values-driven than their older colleagues. He explains: “Firstly, young people want to be themselves; they want to be authentic. Second, young people really do want to make a positive difference in life, and the third thing is a sense that business has a role to play in making the world a better place – some of the boundaries about profit and not-for-profit are breaking down. Young people have a fresh look; they can see the possibilities.”

“Increasing numbers of HR directors are coming to us and saying that they are haemorrhaging younger talent just as these individuals are beginning to add real value – despite great development opportunities, flexibility and competitive pay,” adds Kin&Co CEO Rosie Warin. O2’s engagement survey bears this out, with pay ranking below CSR credentials in things that are important to younger employees. “You have got to get the pay right,” clarifies Pickering. “But if the pay is right [Gen Y] will choose the organisation that has a stronger social conscience over the one that doesn’t.”

To truly harness the motivational possibilities of ethics and sustainability, Warin says firms need to move away from a “siloed” approach. CSR has made some real headway in larger companies, but often it’s not enough to drive real change. To be successful it has to come from the heart of the business, in the form of an organisation-wide purpose and a compelling set of values, then be truly embedded. “It has to become just ‘how we do business round here’,” she adds.

At Unilever responsible business is so embedded that the organisation “doesn’t really do the CSR thing”, says Munden. There isn’t a CSR department or any people working within CSR. Rather, Unilever has a ‘sustainable living plan’. “That is our business model and you can’t work here without engaging with it,” explains Munden. “We don’t do it as a specialist function because we are all involved. People are working on this for real [for example, through product innovation].”

He adds: “It’s about having the purpose of the company clear, really activating that purpose and being true to it. If we believe in sustainable living we better help people live sustainably [through wellbeing programmes, for example]. It’s about living the purpose in your brands, your relationships with the world around you, and your teams.”

For her that also means careful consideration of HR’s role. “I try to create an environment and culture that enables this,” she explains. “I don’t want HR to be seen as the function that ‘does good and is nice to people’. You’ve got to be careful. We don’t run [CSR] from HR – it’s run by our CEO, and that’s important.”

Embedding Think Big in processes and having leadership from the top “makes a huge difference”, believes Pickering. “It has become completely ingrained in the culture and is an integral part of the way we operate.” Her own Think Big objective, jointly with the CFO, is to work with 2,000 young people over the course of the year.

Of the argument some might make that tying values to performance management is too forced, she clarifies: “There’s always choice, but we expect people to do it. We make it easy and are not prescriptive. And we’re not earnest about it; you will turn people off if you are too earnest.”

Tying values to processes also makes the role of HR that much more important, believes Warin: “The organisation’s leader has to champion this work, but HR is the most important factor in embedding values and purpose. This is HR’s opportunity to shine.”

Be aware of the risk of not walking the talk

According to Kin&Co’s research 58% of 18- to 24-year-olds and 52% of 25- to 34-year-olds agreed they wouldn’t work as hard at an organisation if its actions contradicted its values, compared to 42% of 45- to 54-year-olds. And 69% of 18- to 24-year-olds said they would consider leaving their job for another company with a more positive social impact. “If anyone, young person or otherwise, doesn’t like the values a company espouses then I am convinced they will walk,” says Pickering.

When it comes to walking the talk, Munden is clear external and internal approaches need to match up. “If you run the company in an unsustainable way then you run into trouble,” he says, explaining that Unilever’s emphasis on employee wellbeing is “another take on sustainability… making sure our people feel they are being cared for and are in a sustainable workplace”.

He then takes it a step further: “You could argue that some of the less palatable elements of capitalism we have seen in recent years have all come from people not bringing those values to work with them; you get bad business outcomes.”

“Business is a fundamentally human thing,” he adds. “If you run a workplace that doesn’t allow people to bring their values in you get a much less accepting workplace, and if people are less accepted and can’t bring their whole selves they won’t be able to give their whole selves, and you lose discretionary effort. There are two dimensions to this: the willingness to give [extra effort] and the ability to give it. That’s why inclusivity and purpose are so important. They give people the ability to give the energy [to the organisation]. If you don’t run a sustainable workplace you lose out in every single way possible.” Big words indeed.

This article originally appeared in HR Magazine and online at http://www.hrmagazine.co.uk/article-details/the-importance-of-work-with-purpose-for-gen-y

FLEXIBLE WORKING – IT’S ABOUT HOW, NOT WHERE, YOU CONNECT

LEADING THROUGH A NEW KIND OF CHANGE

A NEW KIND OF PEOPLE PROMISE: THE REALITY OF EMPLOYEE EXPERIENCE

get the latest updates 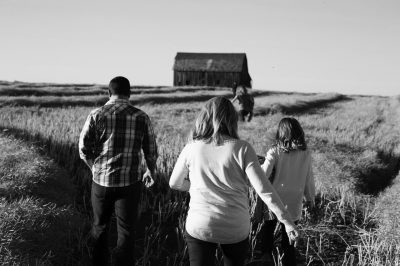 FLEXIBLE WORKING – IT’S ABOUT HOW, NOT WHERE, YOU CONNECT

As the battle between working from home and working from the office rumbles on, are we actually missing a bigger shift in work relationships that’s happening since the heady days of 2020-2021?
read more 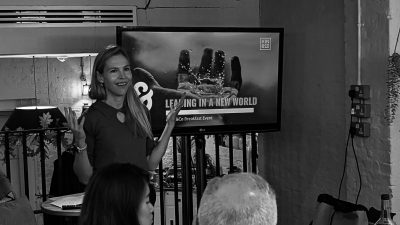 LEADING THROUGH A NEW KIND OF CHANGE

Despite all the challenges that have been faced in the past two years, there is no end to the constant change and complexity of the working environment. How can your organisation tackle this?
read more

A NEW KIND OF PEOPLE PROMISE: THE REALITY OF EMPLOYEE EXPERIENCE

We’ve changed. Every employer, every employee and every person you’ll meet today has changed over the past years. There are new ambitions, new needs and new priorities thanks to the fundamental shifts during the pandemic.
read more

We would love to hear from you, and are always happy to talk about all things culture related.